Today I stumbled on this web site: Famous Belgians. And I thought of doing something similar. So here it is, five of the many, many great mexicans that are renowned: 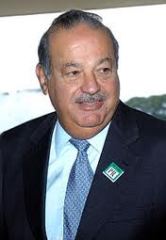 Slim has been ranked by Forbes as the richest person in the world since 2010. His extensive holdings in a considerable number of Mexican companies through his conglomerate, Grupo Carso, SA de CV, have amassed interests in the fields of communications, technology, retailing, and finance.

If you live in Mexico, is practically impossible to spend a day without consuming or purchasing something from him or his business. 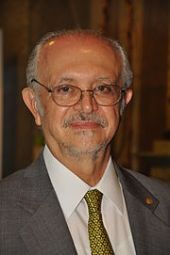 Mario José Molina-Pasquel Henríquez (born March 19, 1943 in Mexico City) is a Mexican chemist and one of the most prominent precursors to the discovering of the Antarctic ozone hole. He was a co-recipient (along with Paul J. Crutzen and F. Sherwood Rowland) of the 1995 Nobel Prize in Chemistry for his role in elucidating the threat to the Earth’s ozone layer of chlorofluorocarbon gases (or CFCs), becoming the first Mexican-born citizen to ever receive a Nobel Prize in Chemistry. 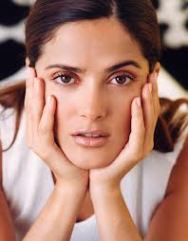 Salma Hayek Jiménez (born September 2, 1966) is a Mexican film actress, director and producer. Her breakthrough role was in the 2002 film Frida as Frida Kahlo which she received an Academy Award, BAFTA Award, Screen Actors Guild Award and Golden Globe Award nomination for Best Actress. The movie received widespread attention and was a critical and commercial success. She won a Daytime Emmy Award for Outstanding Directing in a Children/Youth/Family Special in 2004 and received an Emmy Award nomination for Outstanding Guest Actress in a Comedy Series in 2007 after guest-starring in the ABC television series Ugly Betty. 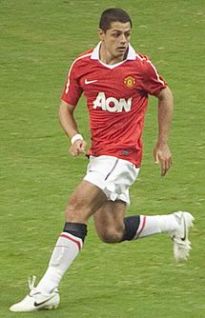 Javier Hernández Balcázar (born 1 June 1988) is a Mexican footballer who plays as a forward for English Premier League club Manchester United and the Mexican national team. Hernández plays with his nickname, “Chicharito” (Spanish: little pea), on his shirt. He previously played for the Mexican club Guadalajara, before becoming the first Mexican player to join Manchester United. 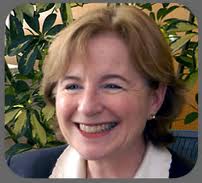 Born in Mexico City, Mexico, in 1946; M.A. in Biophysics from Harvard University, and M.Sc. and Ph.D. in Physics from UNAM (Universidad Nacional Autónoma de México), with honours. Area of research: theoretical physics, with emphasis on the foundations of quantum mechanics and matter-light interactions, and a substantial contribution to the theory of stochastic electrodynamics.Author of 70 research articles in physics, 100 articles and essays on science education, popularization and policy, and a dozen textbooks, research monographs and science popularization books. 35 years experience as a lecturer in theoretical physics and electron microscopy.

At present, Deputy Director General of the International Atomic Energy Agency, (IAEA) and Head of the Department of Technical Cooperation, Vienna, Austria.

Later, I will continue posting about other famous mexicans, both deceased and still alive, who stand out in various fields.